Billionaire PayPal founder Peter Thiel said that he believes transfusions of blood from young people can reverse his ageing process and allow him to live a vastly extended lifespan.

In an interview with Inc.com’s Jeff Bercovici, Thiel said that the practice — known as parabiosis

— is the closest modern science has come to creating an anti-aging panacea.

Thiel — a hedge funder who acted as a delegate for Donald Trump and spoke at the 2016 Republican National Convention — is reportedly obsessed with defying death and extending the human lifespan. He has injected funds into startups that are experimenting with ways to forestall the body’s inevitable decline and death.

“I’m looking into parabiosis stuff,” Thiel told Bercovici, “where they [injected] the young blood into older mice and they found that had a massive rejuvenating effect. … I think there are a lot of these things that have been strangely underexplored.”

Parabiosis experiments began in the 1950s with crude exercises in which rats were cut open and their circulatory systems restructured and manipulated. Recently, some companies have been advancing human trials with parabiosis. Bercovici wrote that U.S. studies in the field are currently lagging behind trials in China and Korea. 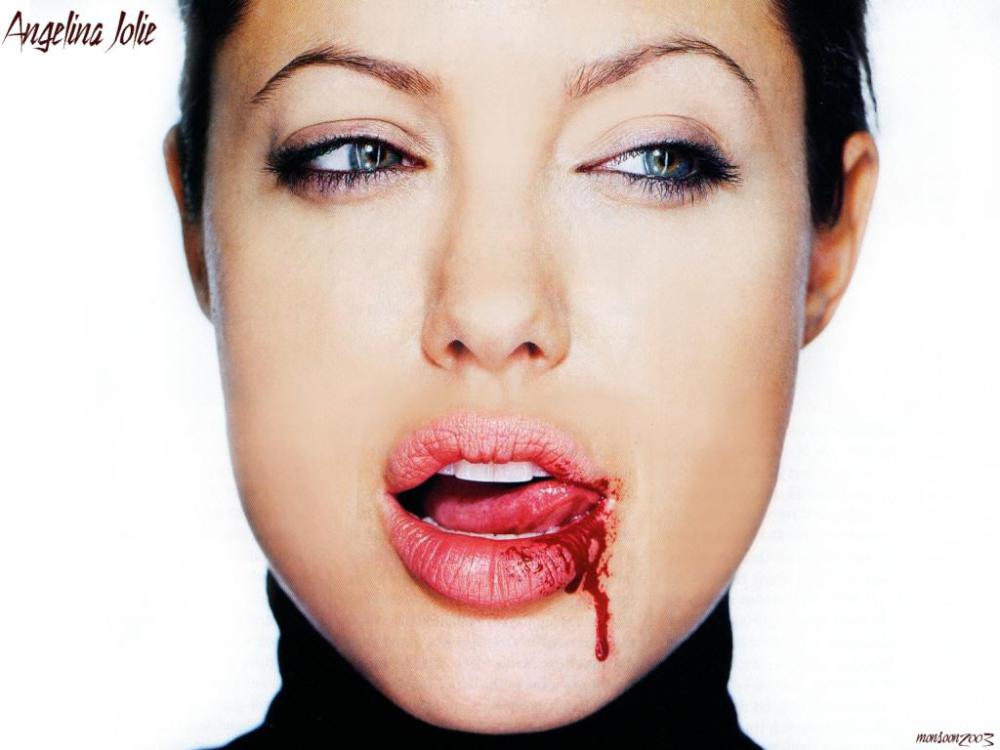 A California company called Ambrosia is conducting human trials in which healthy people aged 35 or older receive transfusions of blood plasma from people under 25. Participants pay $8,000 to take part and their health is closely monitored for the two years they receive the transfusions. Participants must live in or have the means to travel to Monterey, CA.

Ambrosia’s founder Jesse Karmazin told Bercovici that participants experience a reversal of ageing systems across every major organ system. Furthermore, the results appear to be long-lasting, he said, if not permanent.

“The effects seem to be almost permanent,” Karmazin said. “It’s almost like there’s a resetting of gene expression.”

Jason Camm — chief medical officer at Thiel Capital — reached out to Karmazin, saying that the company is interested in his studies. Camm is listed on his LinkedIn page as, “Personal Health Director to Peter Thiel … and a number of other prominent Silicon Valley business leaders and investors.”

In an interview last year, Thiel told Bercovici that our culture is “a little too biassed against all these things” that purportedly prolong life. When the reporter asked Thiel if he was looking at parabiosis as a business opportunity or a personal medical decision, Thiel said the latter. The practice, he said, isn’t necessarily patentable, which compromises its potential money-making value.

However, he said, the FDA needn’t get involved or study the practice because “it’s just blood transfusions.”

There are rumours that some wealthy individuals in Silicon Valley are doing courses of parabiosis, but Thiel said last year that he hadn’t “quite, quite, quite started yet.” A spokesman for Thiel capital said that nothing has changed since then.

Gawker reported that it received a tip claiming Thiel “spends $40,000 per quarter to get an infusion of blood from an 18-year-old based on research conducted at Stanford on extending the lives of mice.”

Thiel is locked in a grudge match with Gawker after the website outed him as gay in 2007. Resenting the intrusion into his private life, Thiel quietly funded a multimillion dollar lawsuit against the website by pro wrestler Hulk Hogan.

The lawsuit was successful and Gawker is now struggling against bankruptcy and is due to go up for auction later this summer. On Monday, Gawker editor in chief Nick Denton filed for personal bankruptcy after a Florida court refused to grant him an emergency stay on the verdict. Source

Video: Is Young Blood The Secret To Eternal Youth?

The Bloody Passovers of Dr Toaff By Israel Shamir this Trento crime was not an exception: Toaff discovered many cases of such bloody sacrifices connected with the mutilation of children, outpouring of blood and its baking in Matzo (unleavened bread) spanning five hundred years of European history. Blood, this magic drink, was a popular medicine of the time, and of any time: Herod tried to keep young bathing in the blood of babies, alchemists used blood to turn lead into gold. Jewish wizards

meddled in magic and used it as much as anybody.

There was a thriving market in such delicacies as blood, a powder made of blood and bloody matzo. Jewish vendors sold it accompanied with rabbinic letters of authorization; the highest value was the blood of a goy katana, a gentile child, much more usual was the blood of circumcision. Such blood sacrifices were “instinctive, visceral, virulent actions and reactions, in which innocent and unknowing children became victims of the love of God and of vengeance,” Toaff wrote in the book’s preface. “Their blood bathed the altars of a God who, it was believed, needed to be guided, sometimes impatiently pushed to protect and to punish.” 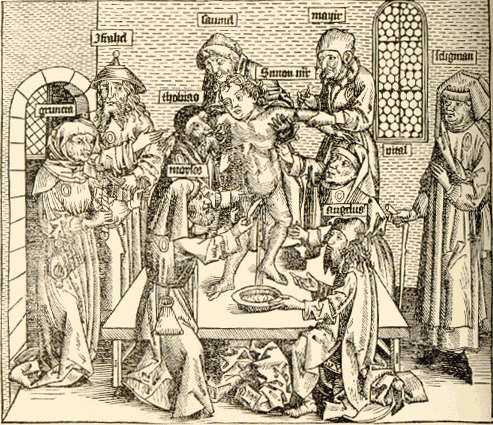 A woodcraft from the Diocesan Museum of Trent representing a group of Jews inflicting tortures on St. Simon of Trent.

“She (vampire) sexually tortured them. You get more of a thrill out of the blood if there is adrenalin in it, it gives it a certain bouquet if there is fear in it.”–Bill Schnoebelen

“Under the pretext of initiation tests for Opus Dei, he was brought to a Black Mass with sexual acts. He mentions the presence of girls from a country in the East (13-14 years)… He was drugged before being taken into a room with masked people who had dressed in black robes. The participants drank blood. He was placed in the presence of a naked little girl laying down on an altar – she had died.” ………….[Witness E.J.:] ‘I’m very glad you know about this. But do you know something else? Much of this has been placed in facilities all over the world, in the jungle in the Amazon, in Australia, and other remote places. Eventually, I got assigned, to a deeper and deeper level, and before I was going to be deployed to this place in Australia, they took me to another level of my educational program.’ He said, ‘You don’t really know what’s going on.’ He explained that he witnessed a Satanic ritual initiation. Those present shared blood and there were sacrifices going on and torture. He was being acculturated to the programs of Satanic worship and Satanic sacrifice and the love of the bloodthirsty killing of innocents. He told us that once he got to that level, he had to take a vow to Lucifer. And he did. This is not the first person who’s told me about these programs…”……………..”I probably shouldn’t even say that, because I’ll probably just doom myself for any publisher picking it up, but I do have some evidence from law enforcement sources that do validate this particular theory. I can’t get too far into it, but I’ve been told by law enforcement that a part of our government does know that there is a quasi-military group out there that’s doing ritual magic involving ritual blood sacrifice, and not only cows; the inference being humans…”
[2007] The reality of protected child abuse and snuff networks. Beyond the Dutroux Affair

Think about how many millions of children go missing every year worldwide and are never ever found.
The statements, views and opinions expressed in this column are solely those of the author and do not necessarily represent those of Somicom Multimedia, Affiliates Or Advertisers.