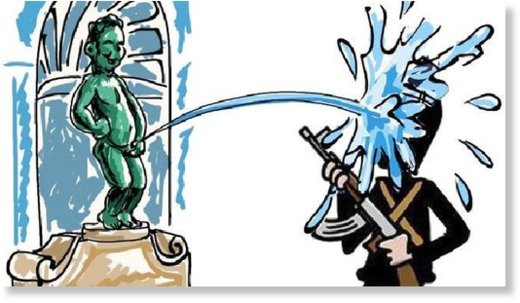 These ‘jihadis’ are going to have to try harder to terrify the people into accepting racism, fascism and a police state.
By Sott.net
The aviation and general security services firm ICTS handles security operations at Brussels airport, the scene of a bomb attack yesterday morning.

ICTS was established in 1982 by former members of Shin Bet, Israel’s internal security agency and El Al airline security agents, and has a major presence around the world in airport security including operations in the Netherlands, Germany, Spain, Italy, Portugal, Japan and Russia. ICTS uses the security system employed in Israel, whereby passengers are profiled to assess the degree to which they pose a potential threat on the basis of a number of indicators, including age, name, origin and behavior during questioning.

Chairman of the Supervisory Board at ICTS is Menachem J. Atzmon. Atzmon is a former Likud party member who was indicted and convicted in 1996 in a fraud and embezzlement case relating to the misappropriation of funds raised by charities. Atzmon is also the CEO of the port authority of Rostock in Germany.

This will not, however, be the first time that ICTS has come under scrutiny for possible security lapses leading to a ‘Muslim terror attack’. 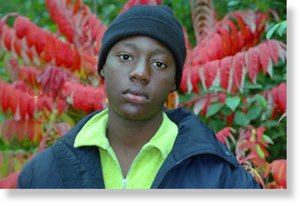 The young knicker bomber. Groomed, sheep-dipped and expended, to bring ‘terror’ to your doorstep.

As the provider of security services to Amsterdam’s Schiphol airport and United Airlines and US Airways, the firm’s security system was criticized for somehow allowing erstwhile ‘underwear bomber’, Umar Farouk Abdulmutallab, to “slip through” and board Northwest Airlines Flight 253 to Detroit with explosive materials on Christmas day 2009.

The Christmas knicker bomber, as he came to be known, was not your usual disgruntled Arab or lowly Muslim acolyte. He was the son of Nigerian banking mogul and former Nigerian government minister Alhaji Umaru Mutallab, one of the richest men in Africa. We’re talking one of the African colonial elite here, an African version of the British ‘old boy’s network‘ While in London, his son, the knicker bomber livedin a ₤4 million apartment in Mansfield Street, in the city’s West End. He also enjoyed access to visas for several different countries, including the US.

Unlike most alleged Muslim terrorists who usually bring their passports to the scene of their ‘suicide attacks’ (and often leave them there for police to find) Abdulmutallab apparently arrived at Schipol airport to board his flight to the US with a one way ticket, no luggage and without a passport.

Now usually this would have spelled a premature end to his planned attack, but according to Detroit attorney and eyewitness to events at Schipol, 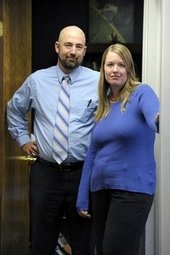 Kurt Haskell, Abdulmutallab benefited from the help of a sharply dressed Indian man who was able to escort the youngster to the boarding gate where he told the attendant that Abdulmutallab had no passport but should be allowed on the flight anyway. When the sharply dressed man was told that he would have to speak to the security manager, he did so and successfully planted the knicker bomber on the plane.

Now this requires some serious string pulling, and all the hoopla in the press at the time about whether or not the security system worked was just hubris, because if the knicker bomber appeared at the gate without a passport, it is unlikely that he went through the normal process up to that point, including check-in which requires passengers to show their passports.

In all probability, Abdulmutallab was escorted as a ‘VIP’ to the gate by the sharply dressed man. So how do two suspicious looking dudes, at least one of them without a passport and carrying bomb materials, get to the gate in an airport and then onto the flight? The answer is they don’t, unless they have some friends among the people running the security controls at the airport. In this case, ICTS.

Within a few months of the underwear attack, the US State Department admittedthat it had known about Mutallab’s intentions for some time and had not revoked his entry visa to the USA because they, effectively, wanted to see what he would do.

“Revocation action would’ve disclosed what they were doing,” Kennedy said in testimony before the House Committee on Homeland Security. Allowing Adbulmutallab to keep the visa increased chances federal investigators would be able to get closer to apprehending the terror network he is accused of working with, “rather than simply knocking out one soldier in that effort.”

But ICTS’ security faux pas’ don’t end there. In December 2001, they somehow managed to let deranged shoe bomber Richard Reid, onto his Miami-bound flight in Paris, and this was after ICTS had cleared Reid through security at Amsterdam airport on a flight to Tel Aviv in July 2001 for what was apparently an all-expenses paid week-long trip to the Israeli city. What precisely he did there remains a mystery. Reid later said that ICTS/El Al had failed to detect that he had explosives in his shoes on the flight to Tel Aviv, an amazing revelation considering the Israeli airline’s tight security and the fact that, six months later, they were responsible for letting him board the Miami-bound flight with the very same type of ‘shoe bomb’. Israel had not informed British, American, or any other security agency of their concerns about Reid. Reid’s aunt, Claudette Lewis who raised Reid in south London, was quoted as saying she believed her nephew had been “brainwashed”.

ICTS also somehow missed several of the alleged 9/11 hijackers who allegedly flew out of Boston’s Logan airport on September 11th 2001. ICTS also handled security for London’s bus network during the July 7, 2005, ‘suicide’ bomb attacks. In fact, two of its subsidiaries, ICTS UK and ICTS Europe Systems, are based at Tavistock House, Tavistock Square in London, scene of the London Stagecoach bus bombing that day.

That’s quite a record, all in all. And we have to wonder how many terror attacks could have been prevented, how many innocent lives saved, how much further we might be today from a burgeoning police state, if outfits like ICTS and those that support them had not allowed so many unlikely and hapless ‘Muslim terrorists’ to “slip through”.

Of all the authoritarian ‘leaders’ that benefit from the insecurity created by ‘Muslim terrorism’, the political elite of the state of Israel benefit the most. And of all the people who suffer from terrorist attacks, people of Muslim faith suffer by far the most. Israel, a country created on stolen Palestinian land and surrounded by Muslims, requires the continued threat of ‘Islamic terrorism’ to justify its existence. In pushing this insane agenda so far, by encouraging Europe and the ‘West’ to adopt Israeli attitudes towards Palestinians, it seems that the conditions are being created whereby the events of Nazi Germany may well repeat, only this time with Muslims in the position of the Jews. 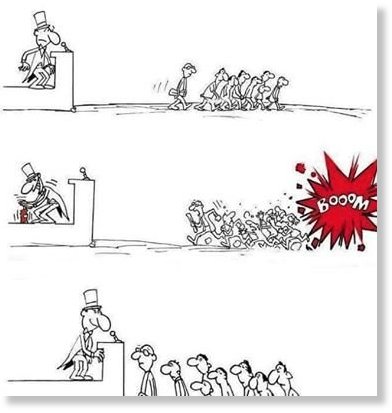